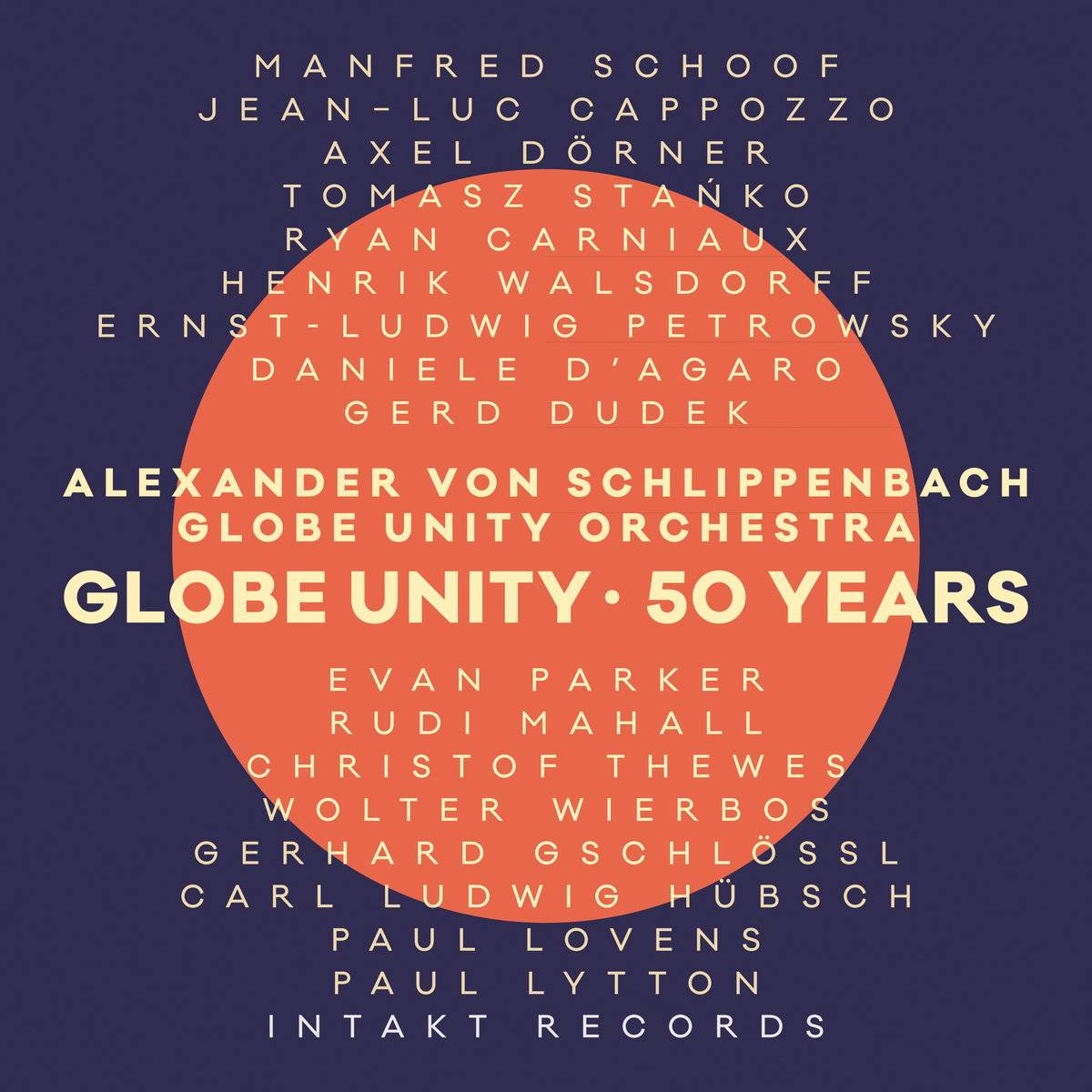 The Globe Unity Orchestra is not just an ensemble of enormous historical importance to jazz but one which proves the continuing relevance of its self-imposed task. The present line-up, encompassing musicians of several generations and nationalities, lives up to the responsibility of producing genuinely new music, rejecting the commonplace and avoiding cliché, each time they play together. As if to contradict those who accuse the Globe Unity Orchestra (and free jazz in general) of predictability, the golden jubilee at the Jazzfest Berlin was characterised by extreme contrast and high drama, both musical and visual. The audience was drawn in and engaged to a degree that became obvious when the end of Evan Parker’s short unaccompanied soprano solo, almost midway through the 45 minutes, gave them a first chance to express their approval with a roar that can be clearly heard on the recording. At that moment, and others, they seemed unmistakeably to be applauding not just individual contributions but the brilliance of the collective endeavour.