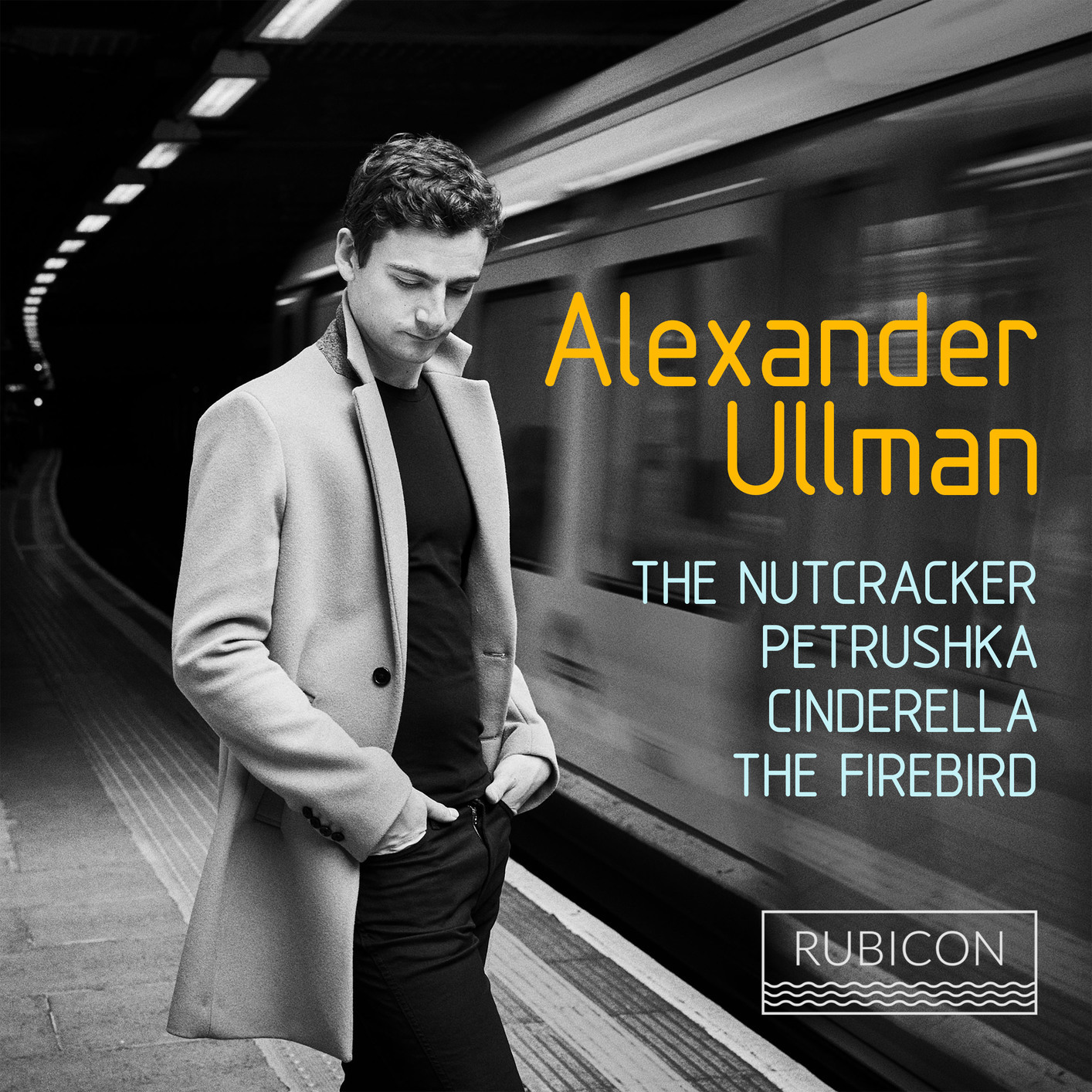 Since winning the 2017 Franz Liszt Competition, British pianist Alexander Ullman has appeared at many of the world’s great venues and with some of the world’s major orchestras – The Philadelphia Orchestra, Norwegian Radio Orchestra, St Petersburg Philharmonic, Montreal Symphony, Netherlands Radio Philharmonic and the Royal Philharmonic. He has worked with Vladimir Ashkenazy and Markus Stenz to name just two conductors, and performed at the Wigmore Hall, Queen Elizabeth Hall, Concertgebouw and Gewandhaus, Kimmel Center and Kennedy Center. For his debut album Alexander has chosen Russian ballet repertoire arranged either by the composers, or in the case of The Firebird by Busoni pupil Guido Agosti, and Mikhail Pletnev for Tchaikovksy’s Nutcracker Suite. This is a highly virtuosic programme that showcases Alexander’s extraordinary technique. His is a name to watch.

The melodies on this album will be familiar to those with little exposure to classical music, or even to old cartoons. The four ballets sampled here in keyboard transcriptions by the young pianist Alexander Ullman are among the most familiar compositions of the late 19th and 20th centuries, not only in the realm of ballet, but of classical music in general. If you’re looking for an album that’s enjoyable to have on around the house and to inspire a young pianist, you could certainly choose this one confidently. Ullman has the virtuoso flair and sense of fun that motivated most of the transcribers, and these are quick readings, energetic but not overly flashy. You could also choose it for the variety of approaches to the venerable art of transcription that are represented here. There are four works, with transcriptions from four different transcribers of different types. The Nutcracker Suite, Op. 71a, of Tchaikovsky is played in a contemporary transcription by pianist Mikhail Pletnev. Of the two works by Stravinsky, the Three Movements from Petrushka were transcribed by Stravinsky himself for Arthur Rubinstein, while pieces from The Firebird were done by Guido Agosti, a student of Busoni. Prokofiev did his own transcriptions of the Six Pieces from Cinderella, Op. 102. Each set has a slightly different effect. Pletnev’s aim was virtuoso display, and, as Liszt might have, he’s ready to depart from the original to get it. You could sample Trepak, the Russian Dance. Stravinsky’s own Petrushka transcriptions pack in detail from the orchestral version to a degree where the composer himself, a decent pianist, was unable to play the work, hence the virtuoso. Prokofiev’s Cinderella versions are not so finger-breaking but aim toward the moods of the individual dances, while the Firebird versions by Agosti come out in the Romantic textures of Busoni (try the finale). The new Rubicon label does not fare too well in the Wyastone Concert Hall, giving the piano a slightly flat, harsh quality. The release can, however, be recommended in general.