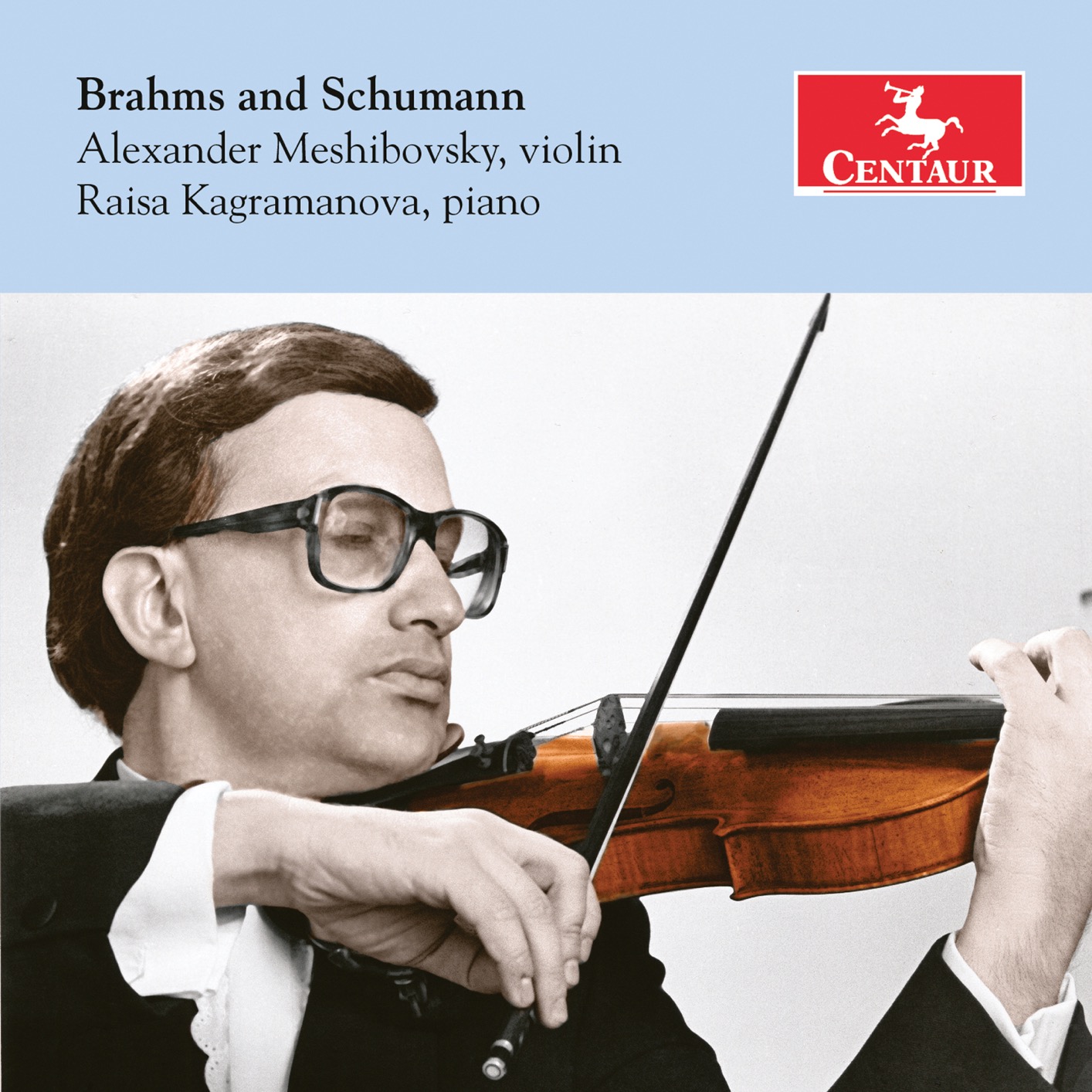 This new release from Centaur features a programme of well known works for violin and piano from Brahms and Schumann performed by Alexander Meshibovsky and Raisa Kagramanova. Alexander Meshibovsky was born in Kharkov, USSR. After graduating from the Kharkov conservatory, he joined the Russian Concert Agency as a soloist, performing throughout the USSR. In 1975 he began his career in the West, making solo appearances with European and American orchestras, performing on radio and television, giving recitals and master classes in Germany, Austria, Switzerland, France, Belgium, and Norway, and even returning for a triumphant tour of the USSR. In 1979, Mr. Meshibovsky immigrated to the United States, to work with Jascha Heifetz. In New York, he has appeared at Alice Tully Hall, Merkin Hall, New York University, The Bruno Walter Auditorium, and at Lehman College. His extensive repertoire includes nearly 50 violin concertos from baroque to contemporary, early and modern Russian works, and his own compositions, arrangements, and transcriptions.