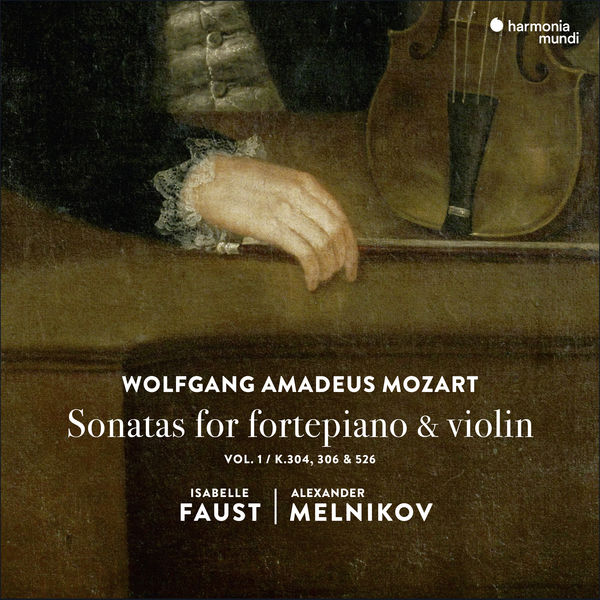 At a time when Mozart was writing his first sonatas for violin and clavier, in 1778, it was the done thing to write piano sonatas with violin accompaniment in which the violin part is fairly unobtrusive. The purpose of this was not to put off the target audience for the scores: educated amateurs. But Mozart paid no heed to this convention and took off into a new world with real duets, in which the two instruments found themselves on an even footing. At the same time, he avoided the corrective exaggeration which would appear in some scores which resembled violin concertos with a little piano support. Here we have a perfect balance between the two players: Isabelle Faust on the violin and Alexander Melnikov at the clavier. The latter of the two plays on a copy of a Viennese fortepiano made in 1795 by Anton Walter. The sound balance is utterly perfect, which is a relief, as all too often these sonatas either favour the keyboard part when played on the piano or the violinist tries to force it. We have here two sonatas written in Paris shortly after the death of Mozart’s mother (who accompanied him on the journey), and then another from 1787 written in the wake of Leopold Mozart’s death. Despite this the composer seems to be putting on a brave face, flashing a smile tinged with a tender nostalgia on the Sonata in E Minor K. 304.