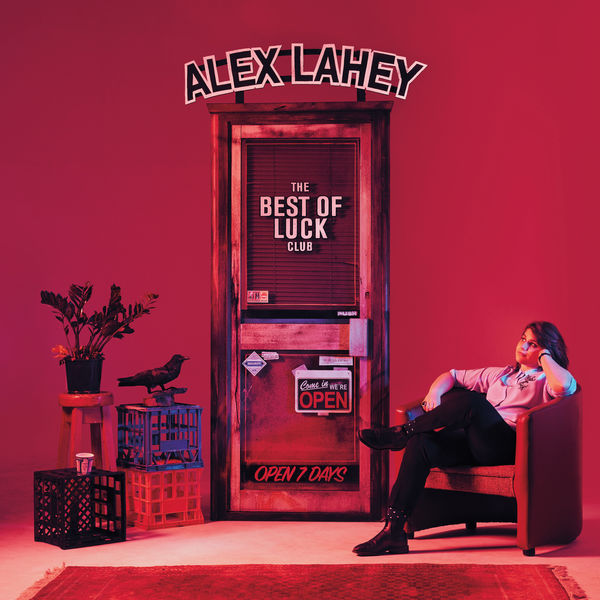 Some songwriters are interesting because they tell you things you may not know, and others are remarkable because they have a gift for expressing the thoughts and feelings that most of us share. Alex Lahey clearly falls into the latter category, and while the nuts and bolts of human interaction aren’t uncharted territory in pop music, she builds clever and witty art from the ups and downs of friendship and relationships. She also matches her lyrics with some potent music, hooky tunes that suggest pop-punk without that subgenre’s more unfortunate cliches, and after showing what she could do on her 2017 debut album, I Love You Like a Brother, she’s gotten just a bit more ambitious on her sophomore effort, 2019’s The Best of Luck Club. The buzzy guitar figures and walloping drums that dominated the debut are in plentiful supply here, but Lahey is willing to reveal her more vulnerable side on atmospheric cuts like “Unspoken History,” “I Need to Move On,” and “I Want to Live with You,” where she turns down the tempos, boosts the keyboards, and drapes the performances in clouds of echo and ambient sound. “Isabella” is an engaging pure pop number that sounds like a possible hit single, especially with its singalong chorus, and “Misery Guts” is its ideal half-sibling, pure pogo’ing energy that suggests what Nirvana might have sound like if Kurt Cobain had been a level-headed woman from Australia. And best friends who become scarce when they find a significant other (“I Don’t Get Invited to Parties Anymore”), loved ones burning the candle at both ends (“Don’t Be So Hard on Yourself”), and celebrating the utter coolness of your significant other (“Black RM’s”) are pretty common themes in pop songwriting, but Lahey makes them sound fresh with her keen observational skills and personal touch. And thanks to the miracle of overdubbing, Lahey (who plays most of the instruments herself on these sessions) is a fine band as well as a great bandleader. On The Best of Luck Club, she adds a few new tricks to her repertoire without losing touch with what she was already doing so well, and based on this music, it’s a safe bet that she’ll be delivering more great songs in the future. ~ Mark Deming