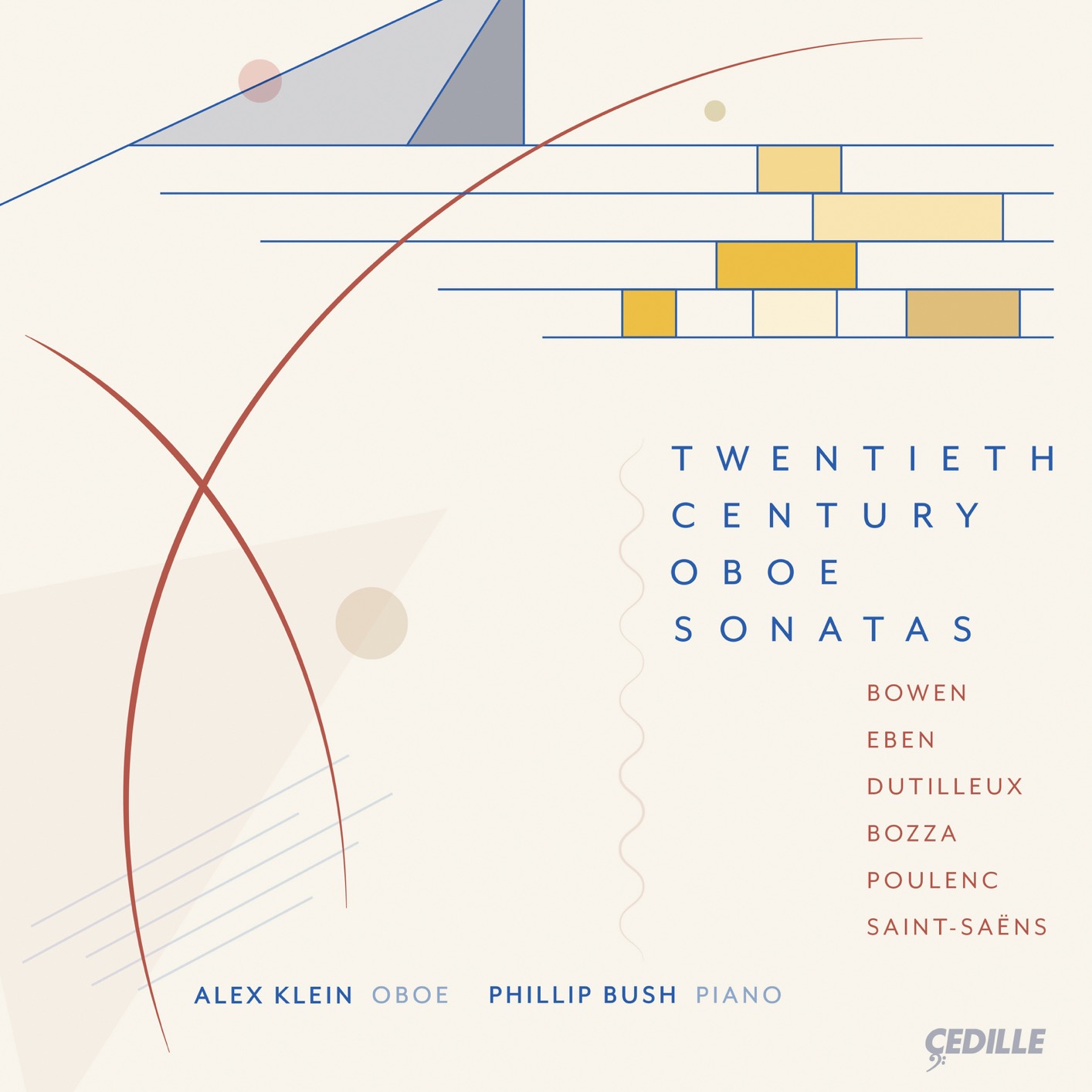 Grammy Award-winner Alex Klein, former principal oboist of the Chicago Symphony Orchestra, performs sonatas that signify the oboe’s 20th-century reemergence as a brilliant solo instrument. One of the world’s most famous oboe players, Klein says he waited to acquire a professional lifetime’s worth of experience before putting his stamp on the six sonatas heard here.

Klein possesses a “tone so unique and beautiful that musicians from around the globe would flock to [Chicago’s] Symphony Center to hear him play” (Chicago Magazine). He won a Grammy Award in 2002 for Best Instrumental Solo Performance (with Orchestra) for his recording of Richard Strauss’s oboe concerto with conductor Daniel Barenboim and the Chicago Symphony Orchestra (Teldec).His Cedille Records discography includes Baroque, Classical, Romantic, 20th Century, and contemporary oboe works. Gramophone’s review of Klein’s Vivaldi Oboe Concertos album proclaimed, “it’s possible to listen to this recording repeatedly and rarely take your ears away from Klein, who dispenses melodies with musical charm and technical requirements with effortless grace.”

Notes by Alex Klein: This is an album I’ve wanted to do all life: to go on the record (so to speak) with the pieces that are the meat and potatoes of oboe playing, plus a few more that are personally important to me. It is a pleasure and an honor to make such a musical statement. They are all part of my personal history of oboe playing, a history where I now have more years behind than in front. I find myself in the Eben, which is part of my youth. And like Poulenc when he wrote his Sonata, I too am facing mortality. The Saint-Saëns and the Poulenc are really the core of the oboe recital repertoire, but I’m also really in love with the other pieces here. The Bozza is wild and free and engaging. It runs from an incredible depth of musicality to torrid technical display. The Dutilleux is some of the most driven and energetic music that’s been written for the instrument. And the Bowen is such a delight; all three movements are right up there with best music an oboe player can play.

I have a certain nostalgia besides the one caused by age: focal dystonia brought a significant burden to my life and led me to rebuild my playing. Still, I don’t know how long I have left to play oboe. This recording has more to do with closing than anticipating ambitious projects for the future. This may well be one of my last oboe statements.