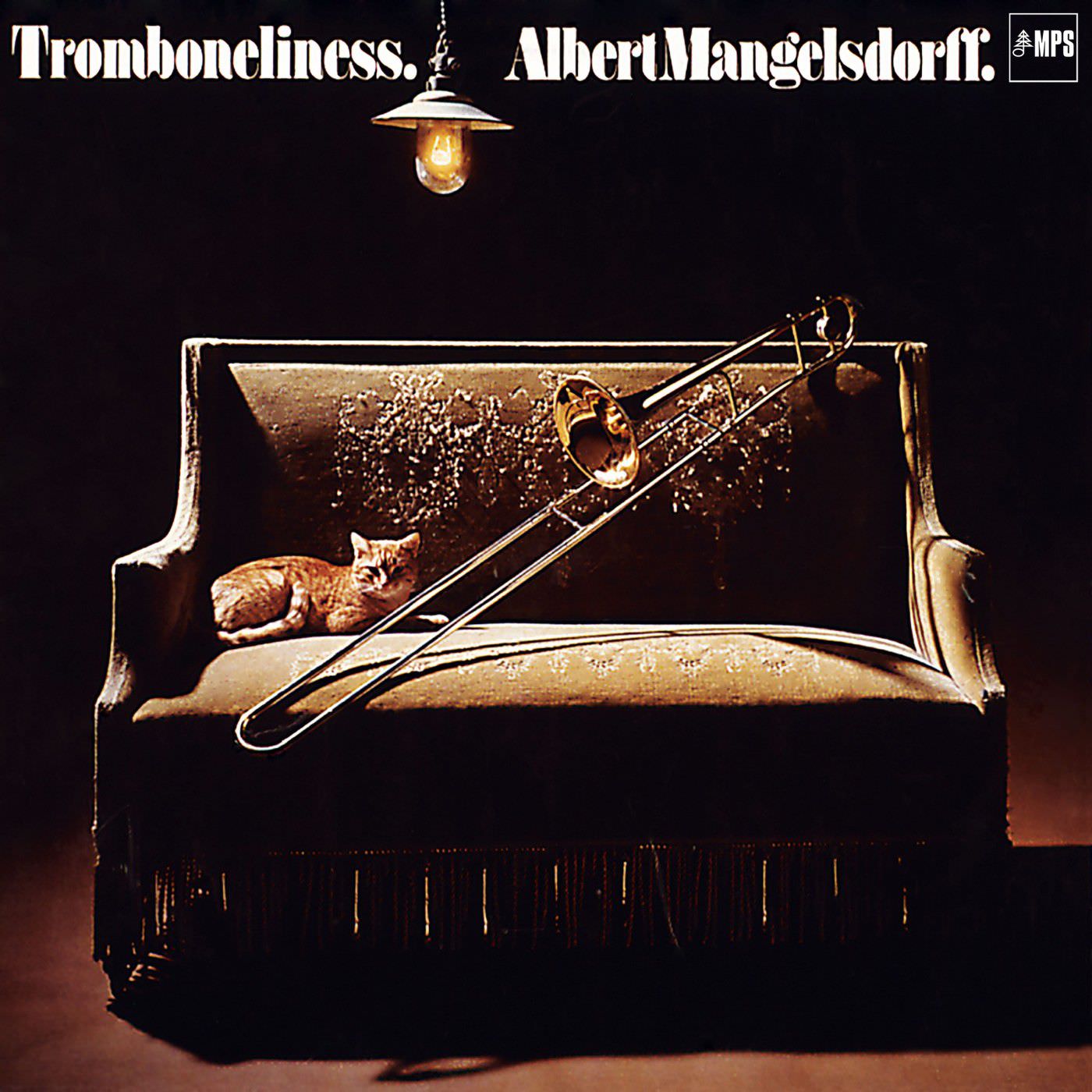 Albert Mangelsdorff stands alongside the likes of Jack Teagarten and J. J. Johnson in the pantheon of trombone greats. Recorded in 1976, this album affords the listener the opportunity to hear Albert solo in all his wondrous multiphonic diversity. It starts with the down-home singing harmonies on Do Your Own Thing. Trombonliness and Brief Inventions are essentially pieces improvised on the spot – ‘spontaneous compositions’.

Duke Ellington’s Creole Love Call is the only non-Mangelsdorff piece, “part of my feeling for the tradition of jazz. Ellington is very important to me”. Bonn “is a theme I thought of one day while strolling through the streets after a concert.” Questions to Come explores the trombone’s harmonics in more of a balladic form, whereas Mark Suetterlyn’s Boogie features Albert’s solo sped up to sound like a trumpet and dubbed over his trombone background, and Für Peter was dedicated to bassist Peter Trunk. Not only is this album a display of astounding invention and technique; it swings. Albert emphasized that, “to me, jazz is a rhythmic music – if you want to keep your playing exciting.”

A full album of unaccompanied solo trombone might seem a bit tedious, but Albert Mangelsdorff is on a different level than most trombonists. For one thing he is a master of multi-phonics (playing chords on a horn) and his use of a wah-wah mute is also quite expert. Although an avant-garde master, Mangelsdorff’s version of ‘Creole Love Call’ on this solo album is brilliant, as are his seven diverse originals. In addition, there is plenty of humor on these rambunctious performances.