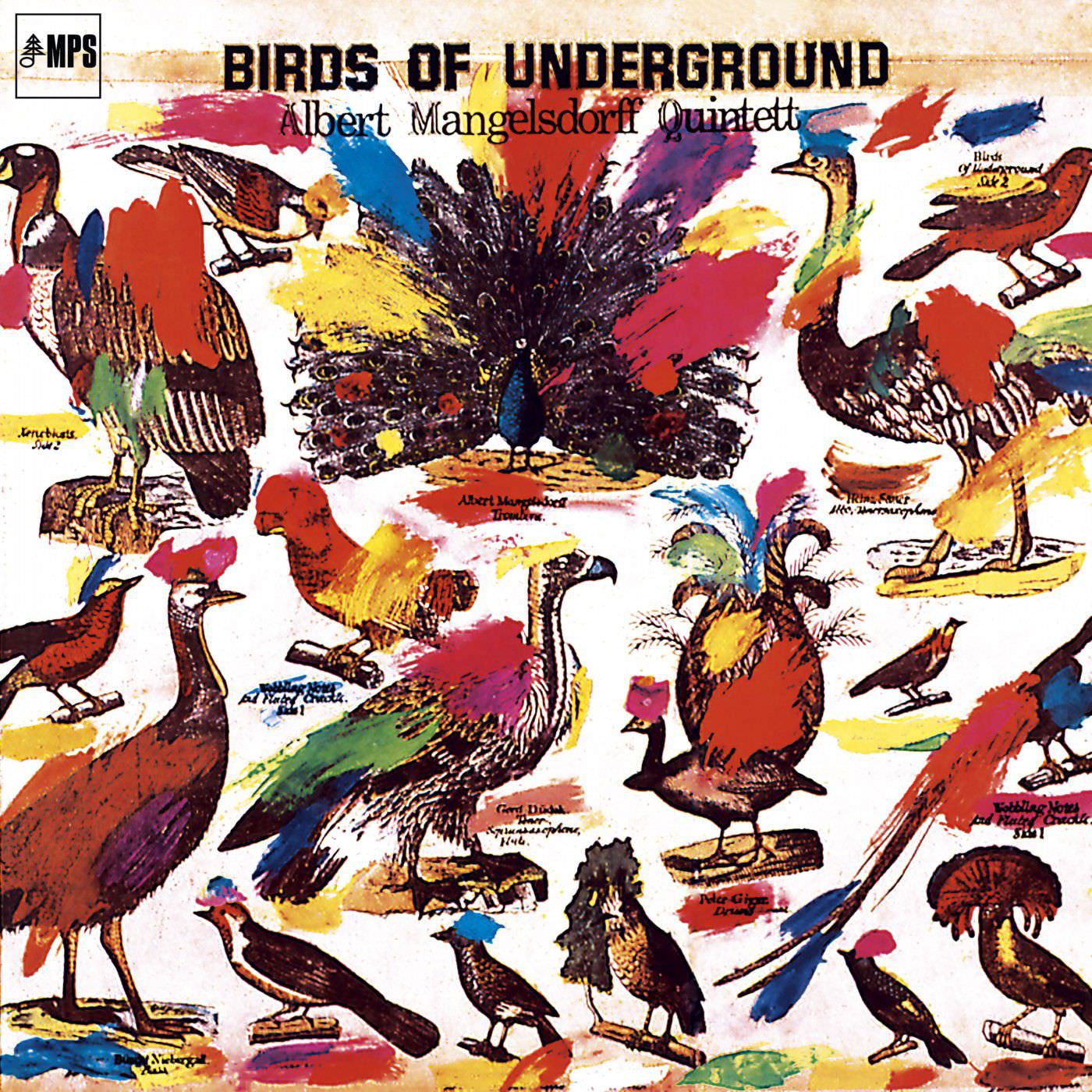 German trombonist Albert Mangelsdorff was a major innovator who has had an influence on jazz instrumentalists worldwide. His use of multiphonics, which utilizes vocalizing into the horn to produce chords and overtone effects, was ground-breaking. This 1973 album presented his newest group, with German saxophone great Heinz Sauer the one remaining member from Albert’s legendary 1960’s quartet. Saxophonist Gerd Dudek, lauded for his play with the likes of Manfred Schoof, Lester Bowie, and Joachim Kuhn, joins the front line. Buschi Niedergall was one of the most sought-after bassists on the avant-garde scene, and drummer Peter Giger is known best for his renowned group Family of Percussion. The exclusion of a chordal instrument allowed for a more open, exploratory approach. Wobbling notes and Fluted Crackle traverses through rip-roaring solos, muted segues, free-bop sections, and of course, Mangelsdorff’s astounding multiphonic gymnastics. Grive Musicienne finds the group in a communal exploration of the outer limits of sound. That collective exploration continues for the first few minutes of Birds of Underground before it resolves into a fantastic theme and swinging solos. 4-Xenobiosis concludes the group’s uncanny intuitive interplay. This exotic multi-colored flock of musicians are definitely birds of a feather. An intense exploration of form and freedom.