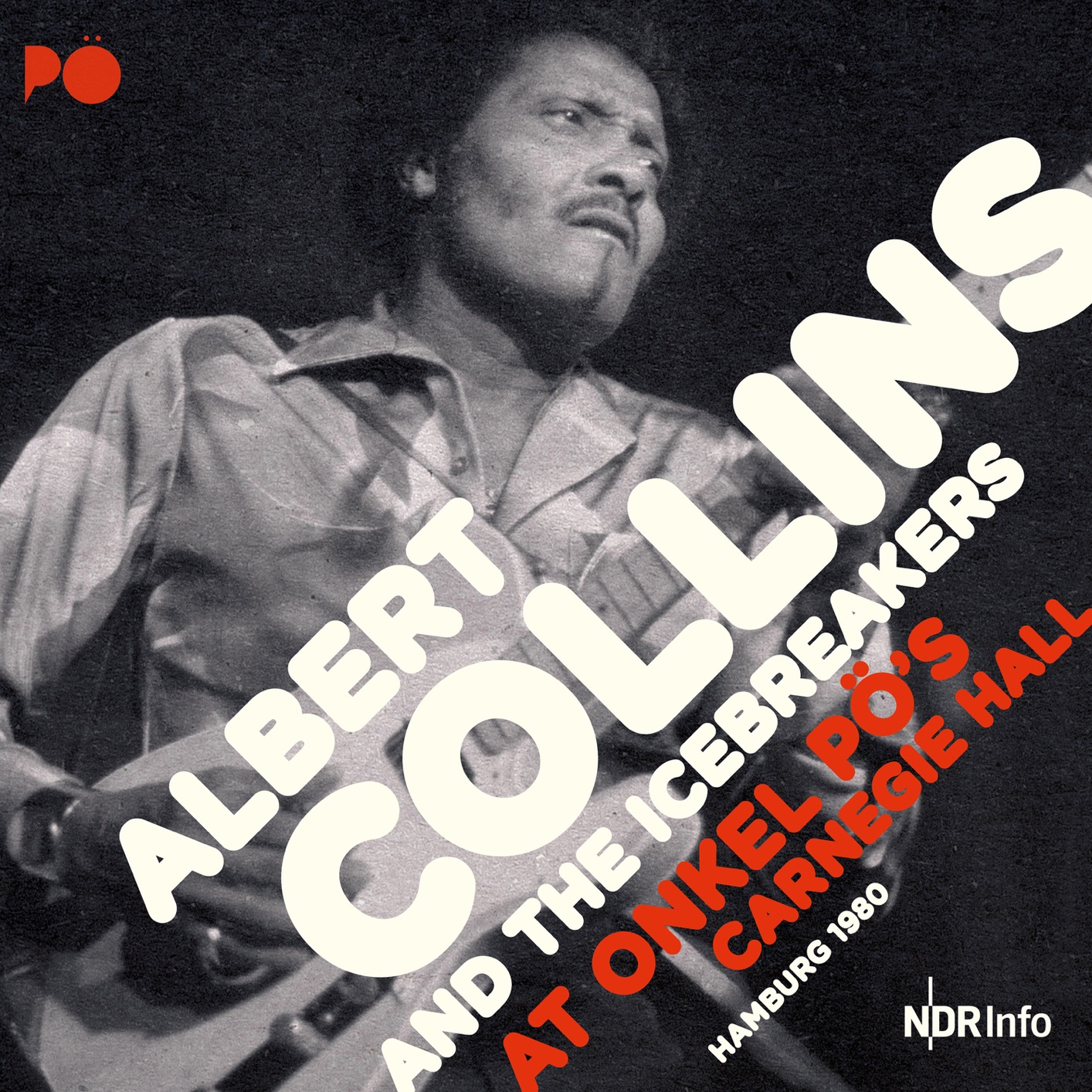 “… Already the music made by the young Collins, born 1932 in Leona/Texas, was praised to be especially ‘cool’; and of course, when he performed on the tiny stage of Onkel Pö’s Carnegie Hall on Eppendorfer Lehmweg in Hamburg, he was joined by his band called The Icebreakers. Naturally, on this winter evening no cold barrier needed to be overcome, certainly not in the overcrowded Pö, where most probably (as so often) tropical temperatures will have prevailed. . . . His name adorned the star line-up at the Montreux Jazz Festival and at the Paleo-Festival in Nyon, just around the corner on Lake Geneva. It was also in Nyon that his terminal illness first broke out. The recording from Onkel Pö really covers the entire concert; including the 20-minutes long opening of the Icebreakers, led by saxophonist A.C. Reed and percussionist Casey Jones (both of them also sing) – only as of ‘Listen here’ is Albert Collins master of the house, scat-singing and playing the guitar in parallel runs. At the very end he performs his popular circus act, the instrument “talking’ with two different voices… The first part of the concert ends after about one hour and the second part starts again with four intro-pieces, especially to feature saxophonist A.C. Reed and again featuring, as at the very beginning of the evening, classics such as ‘Stand By Me’, before Mister Collins himself takes over once more (with ‘Mustang Sally’). By the way, always at the moment of the first sounds from Collins, unexpected shifts of harmony occur – maybe the master on the ‘Telecaster’ has tuned it ‘open’ with the capo tasto again: this was one of his trademarks at the onset of his career. A very independent and original blues-master can be experienced once more on this recording. The exceptionally atmospheric Onkel Pö with its passionate Hamburg audience turns the encounter, even after three decades, into a true event – into \’showtime’…” (Michael Laages)