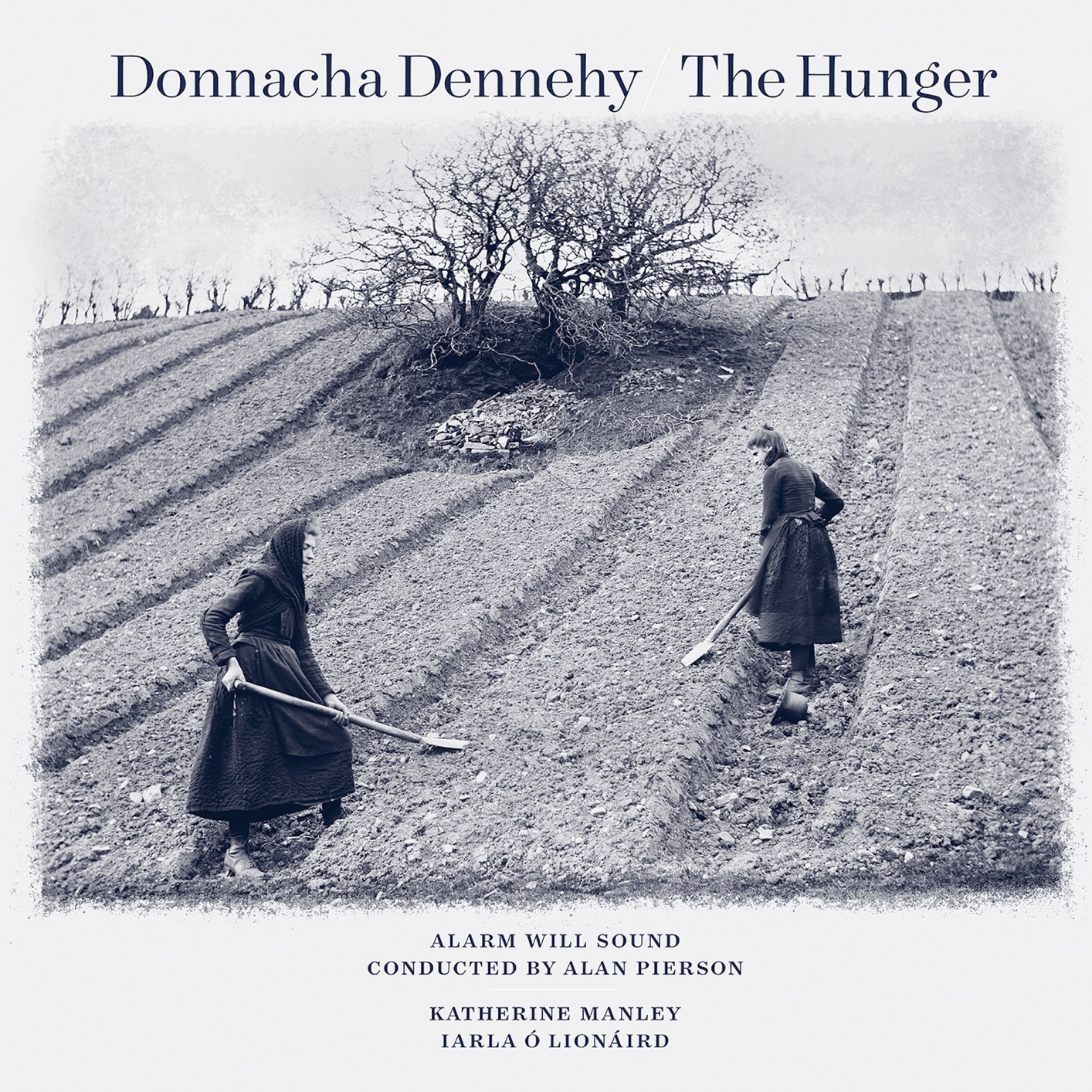 The Irish potato famine of the late 1840s was a critical event in the history of both Ireland and the U.S., and it is surprising how few works of art have engaged with it. This work by composer Donnacha Dennehy helps address the lack. It is billed as an opera but lies somewhere between opera and cantata: there is no chorus, but no dramatic action, either. The Hunger features two voice parts: an American woman named Asenath Nicholson, who was an actual historical figure who traveled to Ireland and documented what she saw, and a nameless Man who embodies the sufferings of the Irish people. Nicholson is sung by an operatic soprano, Katherine Manley, and the Man by a sean-nós singer, Iarla Ó Lionáird. In Dennehy’s hands, this is a powerful and flexible concept. Nicholson’s lines are in prose, but as the piece develops and her understanding deepens, her musical idiom begins to take on Irish characteristics. (Sample the short but intense fourth section, “The Keening.”) The accompaniment is by the 20-piece ensemble Alarm Will Sound, which has generally specialized in multimedia productions. Indeed, The Hunger started life as one of these, with the music presented concurrently with lectures by the likes of Noam Chomsky shown on screens. It is likely that many listeners will prefer the non-academic version here, created by the composer himself. The sound, from a New Jersey university auditorium, is surprisingly good, and the booklet includes a complete libretto. The piece runs for under an hour and may easily find applications in teaching students about the great famine.