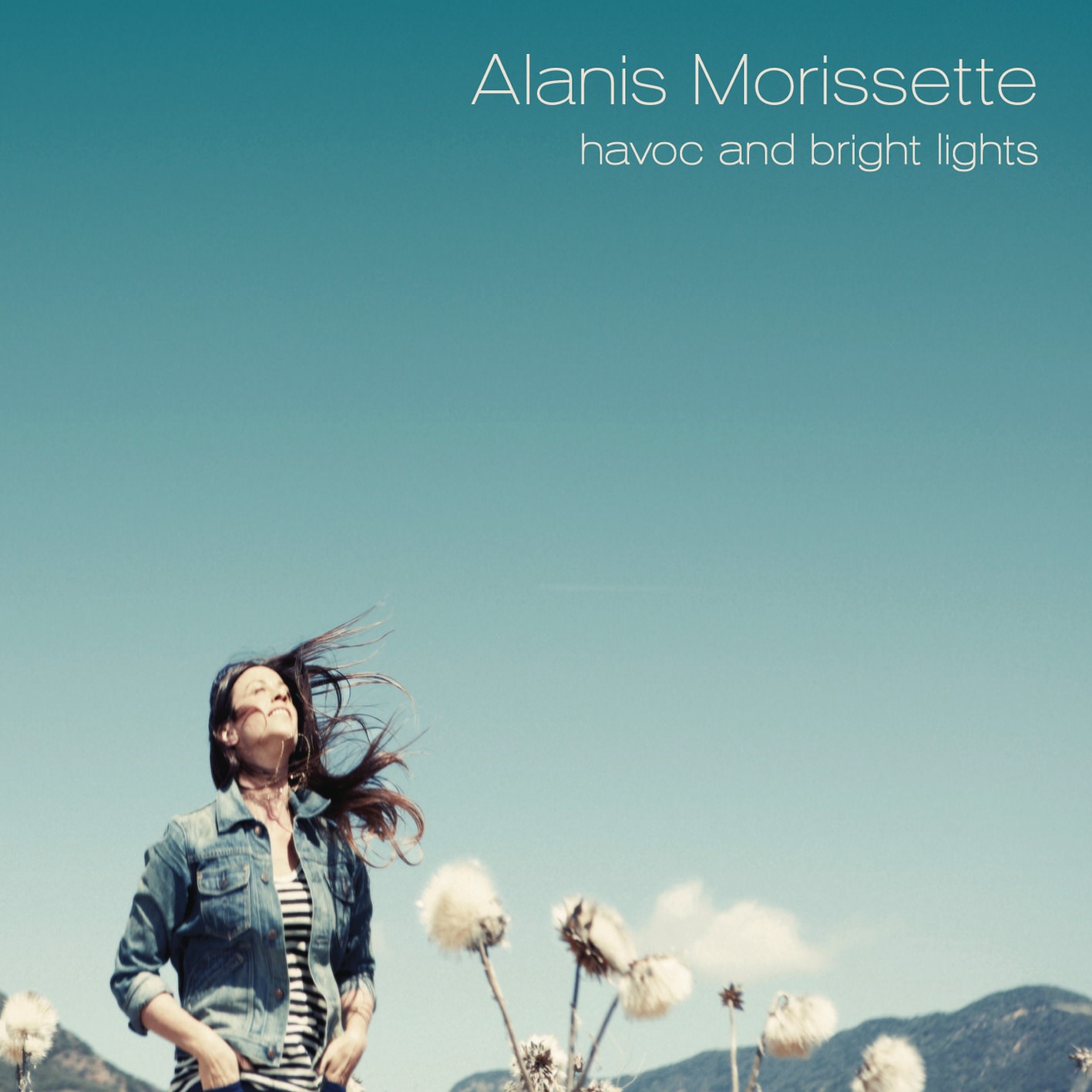 “Havoc and Bright Lights” is the eighth (and sixth worldwide) studio album by Canadian-American singer-songwriter Alanis Morissette. The album received mixed reviews from music critics. Some praised Morissette’s softer tones and production, while others found the album overproduced and lyrically weak. This Deluxe Edition contains two additional songs and bonus disc with the live tracks.

Rebounding from the breakup record of 2008’s Flavors of Entanglement, Alanis Morissette is in a sunny mood on Havoc and Bright Lights, her first album in four years and first she’s released since leaving her longtime home at Maverick Records. A new home suggests it’s time for a rebirth and Havoc and Bright Lights certainly fits the bill, Morissette exuding a quiet bliss as a happy newlywed and mother, a sensibility that’s tempered somewhat by Alanis also embracing her role as an elder statesman, hectoring all those young folk eager to become a “tattooed sexy dancing monkey” so they can become a “Celebrity.” Such mild condescension doesn’t surface all that often, probably because Morissette is in an unusually benevolent mood, settling into her happiness without raising a single doubt or misgiving. Naturally, it follows that her music also feels quite comfortable. Working once again with producer Guy Sigsworth – he helmed Flavors – along with his new partner Joe Chiccarelli, Morissette flips Flavors inside out, winding up with a wide-open, cheerful set of adult pop, the kind where the sound matters more than the song. And that’s not quite fair to Alanis, for as content as she is, she’s still exploring the depths of her satisfaction, working out its pitfalls and plateaus. If the music shortchanges this struggle, presenting it as nothing more than a foregone conclusion, at least Havoc and Bright Lights is as soothing as a Sunday afternoon nap or a warm bath: it’s music for when you know you’re right where you want to be.