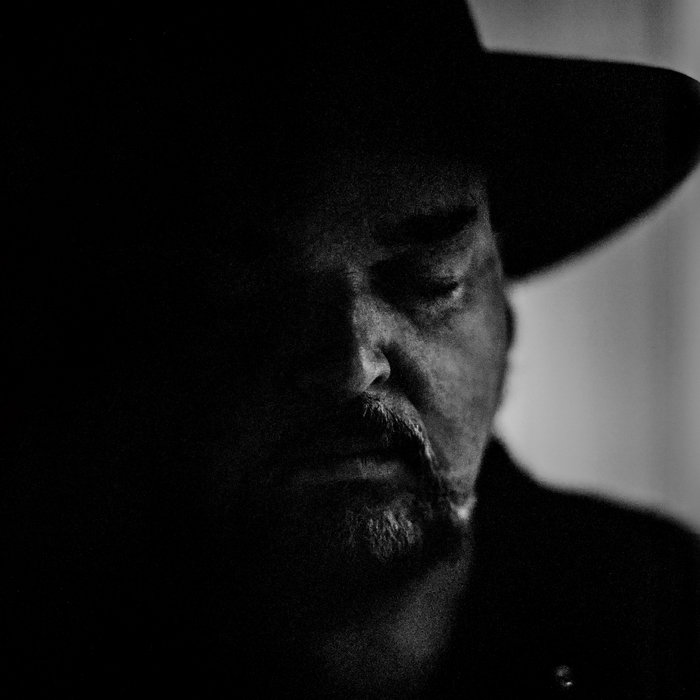 The third solo album from the Chilean-American multi-instrumentalist and vocalist, who is a founding member of several bands, including the alternative rock group Eleven, and has been involved with acts such as Queens of the Stone Age, Them Crooked Vultures, PJ Harvey, Chris Cornell, Arctic Monkeys, Mark Lanegan and The Desert Sessions, both as a musician and as a producer

For hard rock fans, Alain Johannes is the unsung and erstwhile guitarist in Queens of the Stone Age and a founding member of alt power trio Eleven with late wife Natasha Shneider and drummer Jack Irons. Johannes carries production, playing, and songwriting credits for Chris Cornell (with Shneider), Mark Lanegan, No Doubt, Jimmy Eat World, and Artic Monkeys. He was a touring member of Them Crooked Vultures, and plays in PJ Harvey’s band. He also composes and records soundtracks for video games. As he did on 2010’s Spark and 2014’s Fragments and Wholes 1, he worked completely solo. Hum was born from the need for catharsis, as a way of responding to loss, grief, pain, and renewal, and their places in his psyche and soul. In addition to losing Shneider to cancer in 2008, the death of his parents and Cornell also took their toll. A very serious bout with pneumonia in 2019 almost claimed his own life. To say that Hum is poignant is to miss the point: It is a work of profound honesty, unpretentious in both concept and execution. Acoustic guitars are far more prevalent than his Fender Jazzmaster. The title cut borrows a short fragment of the turnaround melody in Blind Faith’s “Can’t Find My Way Home,” adding dimension to his own track; his poetic lyrics reflect the cost of loss and the possibility of redemption. “Hallowed Bones” sees the Santiago, Chile-born Johannes layering acoustic guitars against a droning charango to create a captivating melody that recalls the best work of Jethro Tull, then delivers gloriously rendered crescendos. “If Morning Comes” combines electric and acoustic instruments in a dizzying meld of prog and neo-psych that evokes his work for Lanegan and Cornell, but directly reflects the inspiration of Physical Graffiti-era Led Zeppelin; the labyrinthine guitar solo at the end is exquisite. “Sealed” is a howling acoustic rocker drenched in reverb and blues, while “Nine” uses blues and rockabilly not as nostalgia, but as futuristically styled constructs with layered multi-tracked guitars, organic percussion, loopy electronics, and a scuzzy bassline. Closer “Finis” is ringed in minor-key Middle Eastern modalism as charango, and guitars entwine to meld exotic folk and psych. Its lyric is a moving promise to Shneider, “All that we started/I’ll see to the end…my heart will not let you down/You’ll sleep with mine….” Hum is resonant, sorrowful, and hopeful. It reveals Johannes to be a songwriter who has more in common with Harvey, Marissa Nadler, and Chelsea Wolfe than his hard-rocking male peers. Hum stands with Chris Connelly’s Art & Gender, Nick Cave’s The Boatman’s Call, and the late Jackie Leven’s Creatures of Light and Darkness as a musical cartography of the masculine heart in all of its complexity, contradiction, and oft-hidden vulnerability. – Thom Jurek