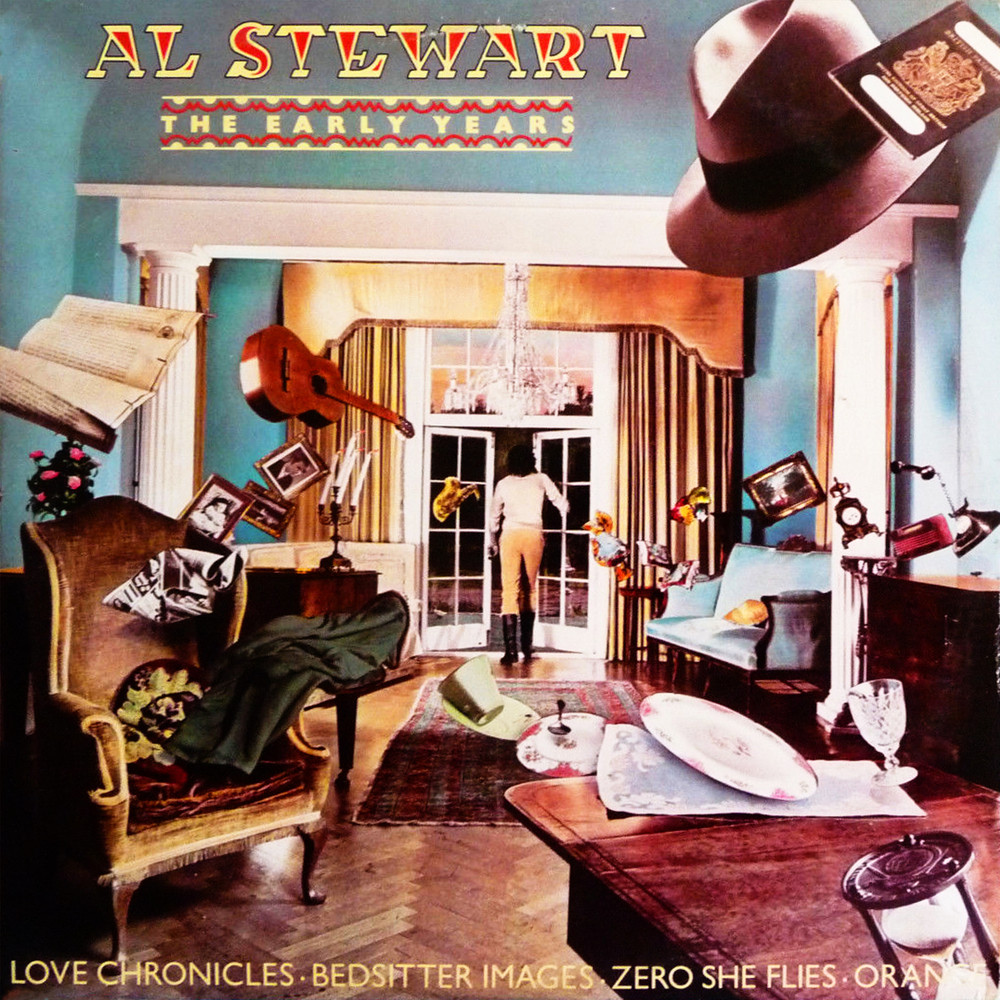 A pair of hits – “Year of the Cat” and “Time Passages,” arriving two years apart during the late 1970s – defined Al Stewart as a louche soft rock troubadour for millions of listeners. While that description is not inaccurate – Stewart had a fondness for lush studio production – it doesn’t encompass everything the Scottish singer/songwriter accomplished during his lengthy career. Initially part of the British folk underground of the ’60s, Stewart didn’t shy away from controversy in his early years, becoming notorious for singing “f***ing” on his 1969 album Love Chronicles. As the ’70s unfurled, Stewart’s eccentricities became opulent, leading him to the smooth, elegant sounds of 1976’s Year of the Cat and 1978’s Time Passages, a pair of albums whose title tracks became his signatures. Once the soft rock era came to a close, ushered into the history books by the rise of MTV, Stewart continued to write, record, and tour with regularity, crafting concept albums dedicated to the cold war and wine – a sign of his enduringly erudite interests.

Born Alastair Ian Stewart in Glasgow, Scotland on September 5, 1945, the singer/songwriter was raised in Wimborne, the Dorset, England town his mother chose to move to following his father’s death in a plane crash in a training exercise shortly before their son’s birth. Stewart turned to music as a child, inspired like so many of his generation by the skiffle boom of the ’50s. During the early ’60s, he was living in Bournemouth and playing in a local band called the Trappers, writing original songs along the way. While attending Wycliffe College in Gloucestershire, he purchased his first guitar from Andy Summers, who would later gain fame as a member of the Police. Soon, he switched from electric to acoustic, winning a regular gig at London’s Bunjies Coffee House in 1965.

Stewart swiftly became a fixture on the English folk revival circuit, living in a flat with Paul Simon in London while sharing bills with Bert Jansch, Cat Stevens, and Roy Harper. After playing a recording session for Jackson C. Frank’s eponymous 1965 debut, he signed a deal with Decca, which released the single “The Elf” in 1966, featuring guitar by Jimmy Page. After “The Elf” stalled on the charts, Stewart signed with CBS, which released his debut album Bedsitter Images in 1967. Its 1969 follow-up, Love Chronicles, featuring guitar by Page and Fairport Convention’s Richard Thompson, attracted attention for its centerpiece title track, which earned the reputation of being one of the first records to contain an uncensored “f******” in the lyric. Melody Maker named it Folk Album of the Year, helping to raise Stewart’s profile. He swiftly released Zero She Flies in 1970, which became his first album to chart in the U.K., peaking at 40. That same year he performed at the first Glastonbury Festival assembled by Michael Evis.

Past, Present & Future was Stewart’s first album released in the United States and its modest success – it peaked at 133 – led him to concentrate on shorter, poppier songs for Modern Times, a 1975 album produced by Alan Parsons. Thanks to the hit single “Carol,” Modern Times climbed into the American Top 40. In its wake, Stewart signed an international deal with RCA – he’d sign with Arista after a brief jaunt on Janus, an indie imprint which quickly shuttered – and released Year of the Cat in 1976. Working again with Parsons, Stewart came up with a sleek, lush album that landed the singer/songwriter a soft rock smash: its title track peaked at eight on Billboard’s Top 40, and became his first hit in the U.K., where it topped out at 31. Time Passages, its 1977 sequel, had a similar feel and success, with its title track climbing to seven on Billboard; its second single, “Song on the Radio,” reached 29.

Joining forces with Shot in the Dark – a band led by Peter White, who had played guitar on Stewart’s albums since Year of the Cat – Stewart recorded 24 Carrots, another sumptuous soft rock album. Released in 1980, it boasted an adult contemporary hit in “Midnight Rocks” – but it and its accompanying concert album, 1981’s Live Indian Summer, effectively marked the end of Stewart’s time as a hit-maker. Arista dropped the singer/songwriter and he slowly cultivated a cult audience, beginning with 1984’s Russians & Americans, a politically charged folk-rock album. Arriving four years later, Last Days of the Century contained more concise adult contemporary pop songs.

Stewart began the ’90s with Rhymes in Rooms, which featured just him and White on acoustic guitar. Famous Last Words followed in 1993, after which Stewart and White parted ways. For 1995’s Between the Wars – a sweeping historical concept album – Stewart initiated a partnership with guitarist Laurence Juber, who’d previously played in Wings. A concept album about wine, Down in the Cellar, arrived in 2000, followed by A Beach Full of Shells in 2005. Three years later, he released Sparks of Ancient Light.

In 2009, Stewart released the live Uncorked, which featured guitarist Dave Nachmanoff. Stewart continued to play regular concerts in the 2010s, including tours where he showcased Past, Present & Future and Year of the Cat in their entirety. ~ Stephen Thomas Erlewine