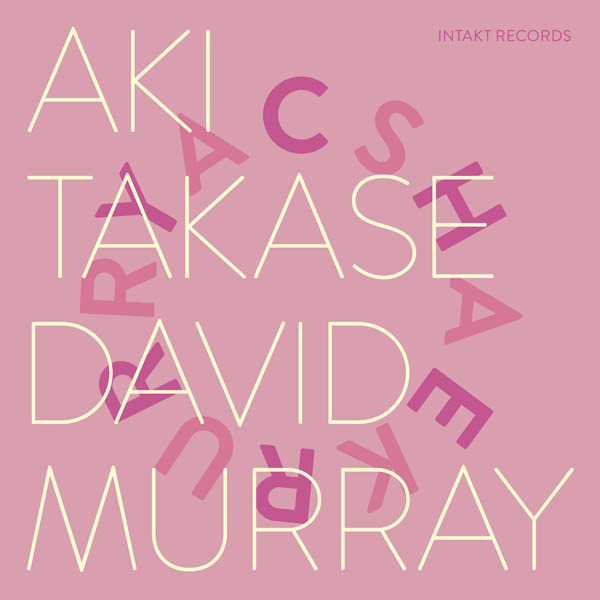 Over the years, pianist Aki Takase and reed player David Murray have amassed respective bodies of soul-stirring compositions, of which several pieces related to the rites of passage of middle age are included on Cherry / Sakura. As a result, this is a markedly different conversation than ever before; one that is more profound as the two musicians engage in an unsparing conversation about the defining issues of later life.

More than two decades ago, with “Blue Monk,” Japanese-born pianist Aki Takase and saxophonist David Murray celebrated the indomitable spirit of Thelonious Monk, via four of his compositions and several of their own, among contributions by others.
“Let’s Cool One,” the sole Monk tune from the duo’s first pairing since that intimate 1995 album, has the two effectively channeling the spirit of the composer: Murray offers his woody, percussive bass clarinet, opening alone and then sounding the head, and Takase provides bluesy, stride-inflected rejoinders. It’s a joyful, exuberant outing, one of the disc’s highlights.
That track is something of an outlier, as the two are up to something completely different on the other compositions, starting with Murray’s gorgeous long tenor notes, undergirded by Takase’s fluttering figures, on the Takase-penned title track. The piece, inspired by a short story centered on the short-lived beauty of cherry blossoms, also features rambunctious unaccompanied sections by each musician.
“Nobuko,” Takase’s tribute to her late mother, begins and ends as a stately ballad, enveloping the pianist’s long, free passage. Her “Blues for David” is a laidback ramble, with an unpredictable tenor head.
Murray offers three compositions, starting with the warm, slow-moving “To A.P. Kern.” He hints at Clifford Jordan and other influences on the zig-zagging “Stressology,” and closes the album with “A Long March to Freedom,” a poignant note of affirmation for a struggle that, in some respects, continues. –Philip Booth