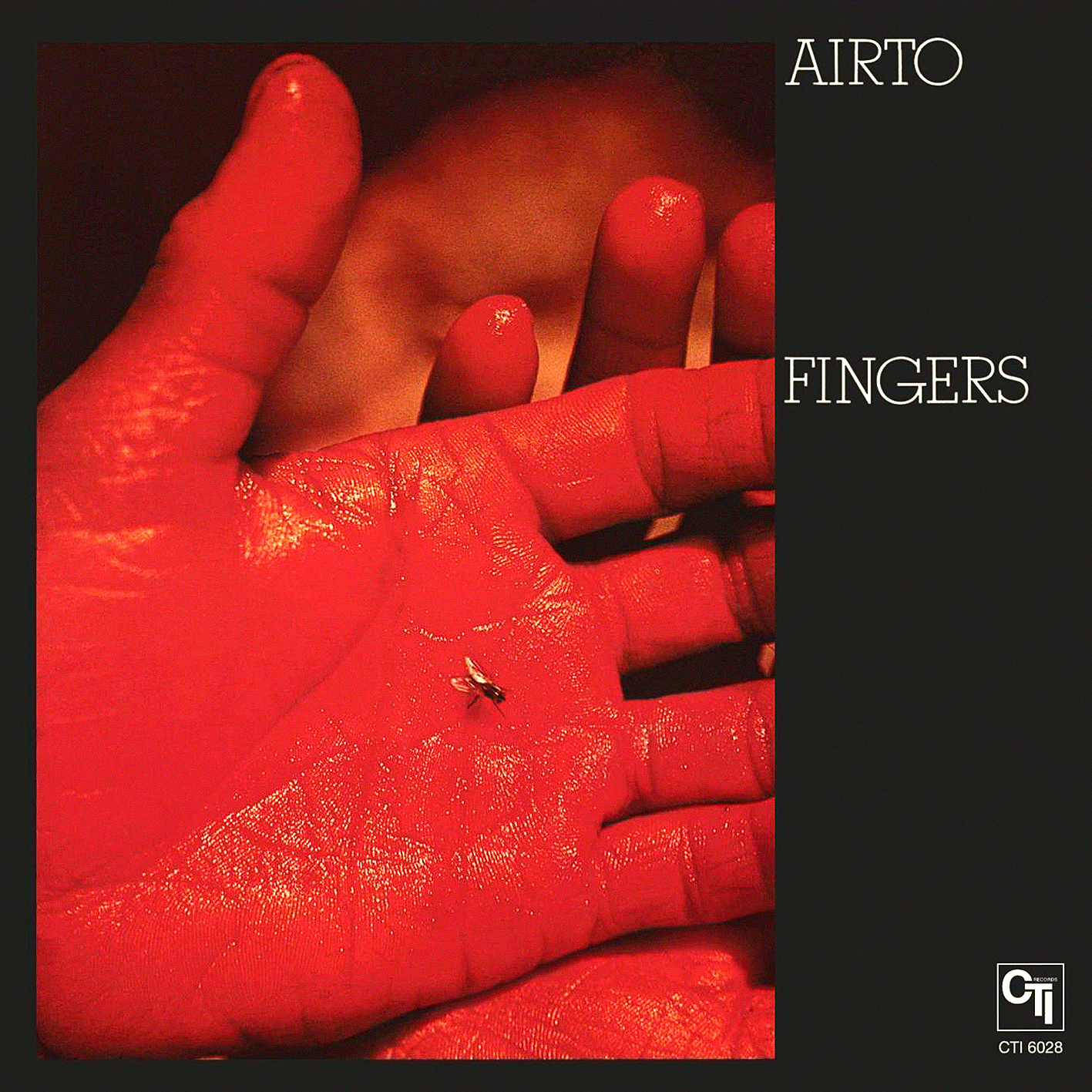 “Fingers” is an album by Brazilian jazz drummer and percussionist Airto Moreira (who was credited simply as “Airto”) featuring performances recorded in 1973 at Van Gelder Studio and released on Creed Taylor’s CTI label. The album reached number 18 in the Billboard Jazz albums charts.

The 1970s were banner years for Airto Moreira – not only because of his association with Chick Corea’s Return to Forever and his work on wife Flora Purim’s Milestone dates, but also, because of the generally superb work he did under Creed Taylor’s supervision at CTI from 1972-74. One of the five-star gems that the Brazilian percussionist recorded for CTI was Fingers, which employs Purim on percussion and vocals, David Amaro on guitar, Hugo Fattoruso on keyboards and harmonica, Jorge Fattoruso on drums and Ringo Thielmann on electric bass. Produced by Taylor and recorded at Rudy Van Gelder’s famous New Jersey studio, this LP demonstrates just how exciting and creative 1970s fusion could be. When Moreira and his colleagues blend jazz with Brazilian music, rock and funk on such cuts as “Wind Chant,” “Tombo in 7/4” and “Romance of Death,” the results are consistently enriching. Fingers is an album to savor.