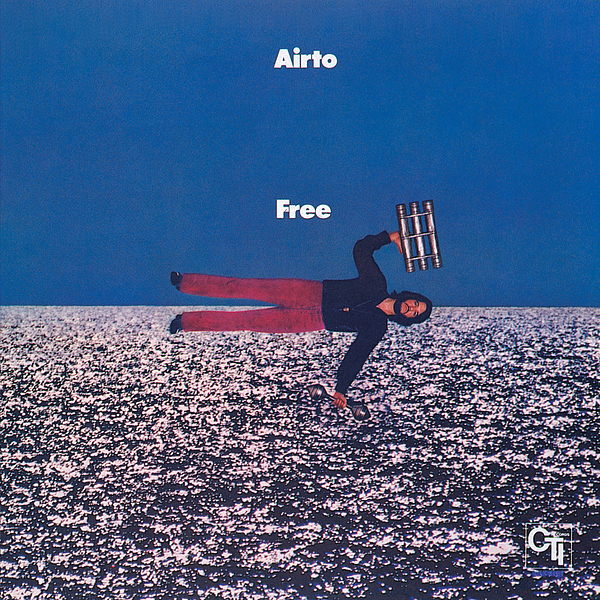 Free is an album by Brazilian jazz drummer and percussionist Airto Moreira (who was credited simply as “Airto”) featuring performances recorded in 1972 and released on the CTI label. The album reached number 30 in the Billboard Jazz albums charts.

Other than a couple of obscure efforts for Buddah in 1970, this was percussionist Airto’s debut as a leader, and this is still his most famous record. A brass section arranged by Don Sebesky is heard on two tracks, and such all-stars as keyboardist Chick Corea, flutist Hubert Laws, the reeds of Joe Farrell, and even pianist Keith Jarrett and guitarist George Benson make worthwhile appearances. Flora Purim joins Airto in the one vocal piece (“Free”), and “Return to Forever” receives an early recording. The music combines together jazz, Brazilian music, and aspects of fusion and funk quite successfully. —AllMusic Review by Scott Yanow