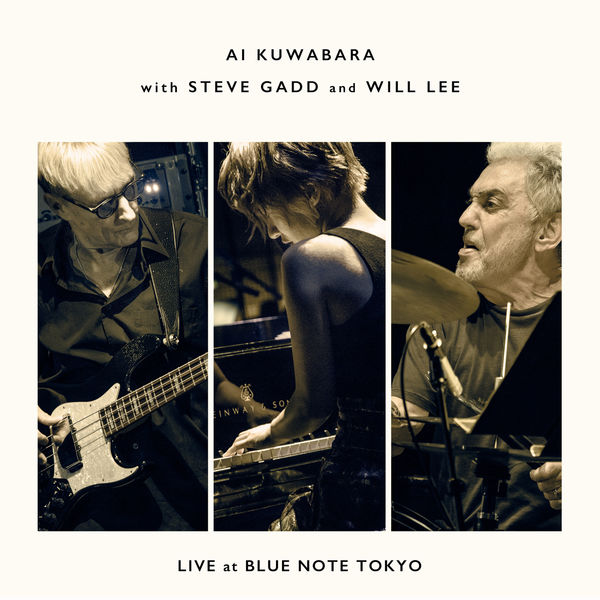 Ai Shinohara just released August 22nd with the latest work “To The End Of This World” which co-starred with the up-and-coming creators. A dream team by her and Will Lee and Steve Gadd returned to Blue Note Tokyo after a year and three months. For Sugawara, Will and Gadd have been super heroes since she opened her eyes on jazz and fusion when she was in elementary school. I was fascinated by their performance hundreds of times with records, CDs, videos, live, etc. I dreamed that I could play with them someday. That was the first time in February 2017. This live, in addition to the numbers from the commemorative album ‘Somehow, Someday, Somewhere’, is a stage more than the last time from the last time to the original written down and the cover song surprisingly surprised.

The opening is “Somehow It’s Been A Rough Day” which also decorated the beginning of the album. A gadd with a total of 4 brushes with 2 brushes in one hand beats a beat with a rich texture, and Will builds up Sugawara’s piano play with slap playing and chord playing. After showing a good affinity with this one song, Michel Legrand’s “How Do You Keep the Music Playing?” That Ebara is one of the most favorite numbers. “If you want to play, I would like to do with two people,” I think it is a selection of songs. Will’s solo part developed with a tone reminiscent of Pat Metheny’s guitar synthesizer was also an excellent item.

Next is the medley from the 1959 film “Black Orpheus”, which won a parme d’Or at the Cannes Film Festival. “Felicidade”, which means “happiness”, features Will’s Portuguese vocals, as well as unison play of bass and scat. We moved to the lyrical “Manhã de Carnaval” as it was, and “Samba de Orpheus” made Gadd’s colorful drums blazing out the hall. There are no choice but to listen to the thickness and thickness of the tone, with two brushes on the left and two sticks on the right, and also the cowbell play.

Three others listen to outstanding combinations with the new songs “Whereabouts”, “SAW” (the first letter of the three names), and Dave Bluebeck’s cover song “Blue Rondo A La Turk” The song “The Back” is shown moist and soft. The song was inspired by Quincy Jones when Sugawara was in a slump, and was born inspired by his big back, but now he loves this “back” It seems to be a word that indicates all subjects. The play of trio such as how to cling melodies is perfect expression of “charity”. The live was finished leaving an endless rhyme.

Will is Akiko Yano Trio and Gadd is his new band in Blue Note Tokyo, which is a new place in his memory, but there is no doubt that he can enjoy a truly interesting play that is quite different from that. It is conveyed that they are excited about the new materials provided by Ebara. The performance is Blue Note Tokyo until today, Motion Blue Yokoha on the 24th.