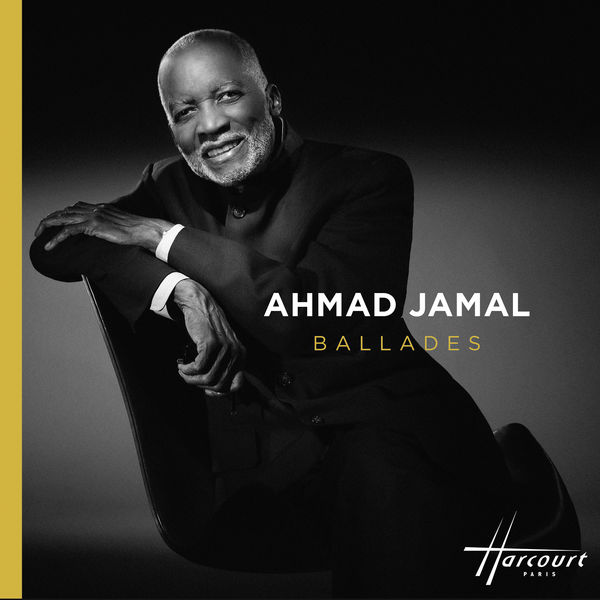 At the age of 88, composer and legendary jazz musician Ahmad Jamal presents Ballades, an album that sees him returning to his roots in a transcendent journey. Jamal comes from the closely-knit club of the great masters of jazz. That is why, in the manner of Coltrane and Miles, he goes back to his past as a way to overcome it. At its heart, Ballades is a solo piano album – something Jamal has never done before (double-bass player James Cammack is featured on three tracks). The music is art in its purest form, ranging from the iconic ”Poinciana” to the symbolic ”Marseille.” Ballades is a new masterpiece in this artist’s long and distinguished career.

Remarkably, at 89 years young, pianist Ahmad Jamal is still making fine records. Imbued with sage experience and erudite taste, Jamal has an unerring sense of what still moves him and what he still wants to express. Though nowhere near the late career masterpiece of his 2016 release Marseille these mostly solo outtakes—recorded during that album’s sessions—are very personal snapshots of the moment rather than any artistic statement. Ballades is Jamal noodling; his still fantastic touch on the keys and elastic blending of melody and rhythm make it worth a listen. The pianist, who first gained fame in 1958 with the release of At the Pershing, opens this set with a spacious solo take of Marseille’s title track. A wry, relaxed version of “Poinciana” unfolds from his long connection to this signature tune. He’s joined by longtime bassist James Cammack on three tracks, including an effective mashup between Rodgers & Hart’s “Spring is Here” and Bill Evans’ “Your Story.” For those seeking undeniable evidence of Jamal’s still vital genius there’s the spontaneously composed and recorded “Because I Love You.” The shimmering version of the Johnny Mercer/Johnny Mandel song, “Emily” which closes the album is a classic example of the unbridled imagination and formidable instrumental chops that Jamal can bring when playing by, and one suspects, for himself. © Robert Baird