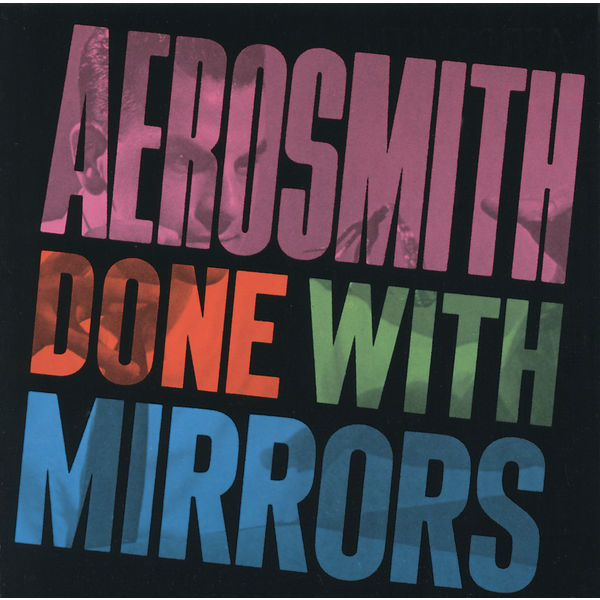 Done With Mirrors is the eighth studio masterpiece by American rock legends Aerosmith. The album is deemed the band’s “comeback” album and saw the return of Joe Perry and Brad Whitford. One of the band’s finest releases, Done With Mirrors, features their powerful lyrics and stellar guitar work. Done With Mirrors includes the standouts “Let The Music Do The Talking” and “Shela.”

After starting off the ’80s on the wrong foot because of personnel defections, changing music trends, and various personal and business problems, the original Aerosmith line-up reunited for 1985’s ‘Done With Mirrors’. Produced by Van Halen/Montrose knob-twirler Ted Templeman, ‘Done With Mirrors’ is a bare-bones Aerosmith record that was last the band recorded without the benefit of outside songwriters. The results range from the rhythmically slinky ‘Shela’ to the funky boogie of ‘The Hop.’ Elsewhere, songs such as the hard-hitting ‘My Fist Your Face’ and the slide guitar-drenched ‘She’s on Fire’ show the band was able to shake the rust off after almost six years apart. The truest sign that the spark of classic Aerosmith still burned deep is a cover of ‘Let the Music Do the Talking.’ Originally recorded by the Joe Perry Project, this interpretation is a runaway train of pounding rhythms, screaming guitars, and Steven Tyler’s fiery harp blowing and a jive-talking delivery.