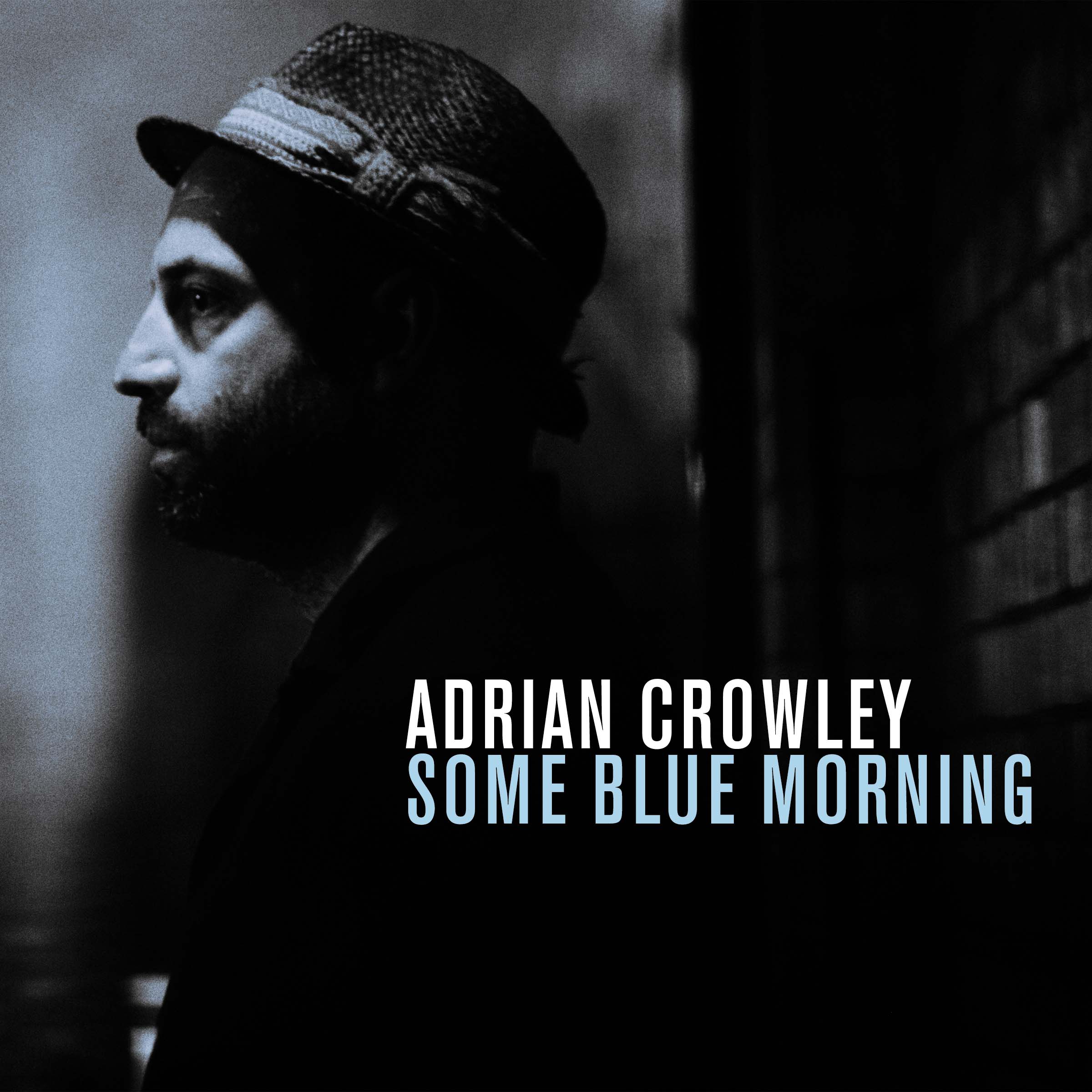 Adrian Crowley is a singer, composer, songwriter, lyricist from Galway, based in Dublin and was born in Sliema, Malta. “Some Blue Morning” is his seventh studio album. Crowley achieves a number of interesting and brilliant advances with this collection. The compositions move between sparse dream-state ghost-songs and song-stories to all-out epic numbers with tense nerve-ending strings. We hear essential contributions from members of London string ensemble Geese, cellist Kevin Murphy and singer Katie Kim, amongst others. ‘Some Blue Morning’ was recorded in Dublin with long time friend Steve Shannon.

On Some Blue Morning, Galwegian singer and songwriter Adrian Crowley allows his voice, his music, and ambition to come into full bloom together. Produced by longtime friend and collaborator Stephen Shannon, his songs make wide use of textural elements only hinted at on earlier records, underscoring what, at heart, are songs filled with the natural (though often unnoticed) drama and revelation entrenched in the flow of everyday life. Kevin Murphy’s multi-tracked cellos, Katie Kim’s backing vocals, Emma Smith’s violin, layered nylon-string, and baritone guitars, a deep, rich drum kit, and more elegantly support his wonderful, deep rich baritone and song lyrics that contain a poetic sensibility akin to Nick Cave’s, Richard Hawley’s, and Leonard Cohen’s. The title track begins with lithe, minor chords and pulsing cellos kissed by snares: “Some blue morning soon/We shall step into the glowing/Where once were tears. There shall be gladness/Where once were splinters/Hope will rise/And you will raise your lucky hands/And place them on my eyes….” Kim’s vocals swoon from the margin celebrating each line, and a snare punctuates the cellos that luxuriate with sweeping intensity under the conviction in the grain of Crowley’s voice, celebratory, empathic, and reverential. By contrast, “Trouble” (the first single) is a waltz whose lyric is rooted in the mundane trappings of deep winter. Still, its humility offers an account of the protagonist’s surroundings that signifies a nearly magical encounter with the grit of living day by day through its seeming stasis. A meld of acoustic and electric guitars and cellos is weighted by Kim’s harmony vocal, which grounds it in truth rather than observation. Crowley, ability to set vivid visual scenes in song is rare. It co-exists with ruminations that plumb the depths of thought yet are never ponderous or pretentious. For more evidence, check the nearly eight-minute “The Wild Boar.” It’s a combination of allegory, folk tale alternately spoken and sung, and musical textures that include quietly scraped cello strings, tinkling high-guitar strings, alto saxophone, moaning backing vocals, etc. It is the album’s hinge piece and offers undeniable proof of a new level of storytelling in Crowley’s aesthetic, its layers can be peeled back to reveal both larger and smaller truths. The brief closer, “Golden Palominos,” is a tender folk song that borders on a nursery rhyme, kissed by touches of ’60s psychedelic pop — thanks to Kim’s choral backing vocals and the use of a marxophone, chimes, and strings. Some Blue Morning is Crowley’s masterpiece; an album so fully realized it should finally garner him the attention he deserves on both sides of the Atlantic. ~ Thom Jurek