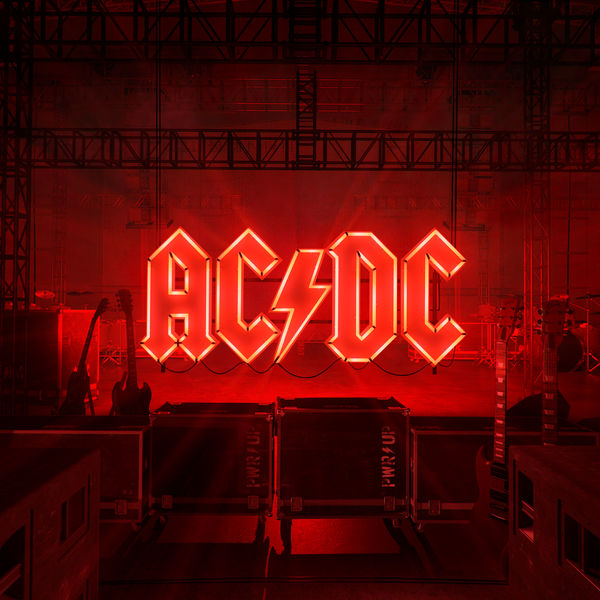 On ‘Power Up’, it takes less than 20 seconds for AC/DC to deliver the heavy rock sound that was first pioneered by, well, AC/DC. “The moment you realize / Those moments just pass you by/ Gonna take you to paradise,” comes the familiar howl of frontman Brian Johnson, bolstered by the guitars of Angus Young, on the pummelling ‘Realise’.

An AC/DC album always sounds like an AC/DC album! Even if the Australian-British bandmembers are now between 65 and 73 years old, they have no reason to change their formula as its their usual prescription that everybody wants: short, sharp riffs, heavy rock infused with blues, metronomic rhythms, stadium anthems and minimalist, haiku-like lyrics. It could be said that there’s a bit of a lyrical revolution going on throughout Power Up: for the first time since Fly on the Wall (1985), none of the twelve tracks contain the word ‘rock’! Is this a sign? Not really… Recorded like its three predecessors in Bryan Adams’ Warehouse Studio in Vancouver, Power Up is AC/DC’s first opus since the death of rhythm guitarist Malcom Young in late 2017 (Young had been battling dementia for several months). Already in 2014 for Rock or Bust illness had kept him away from the recording studio with his nephew Stevie filling in for him. It was only right that his younger brother, the brilliant Angus Young, put this 17th album together as a kind of testament to his older brother. “I know Mal’s not with us anymore, but he’s there with us in spirit. This band was his baby, his life. He was always one [to say], ‘you keep going’. He always said, ‘If you’re a musician, it’s a bit like being on the Titanic. The band goes down with the ship.’”

Over the course of their 45-year career, the two brothers had always kept skeletons of song ideas and hoards of guitar riffs. These musical treasure troves were instrumental in the conception of Power Up which features riffs written by the late Malcom Young. Having already been at the helm of production for Black Ice (2008) and Rock or Bust (2014), American producer Brendan O’Brien mixed the perfect sound to match the timelessness of the songs. Rarely have we heard such purity and simplicity from AC/DC since Back in Black (1980), with an added efficiency similar to that of the Bon Scott era, as on the single Shot in the Dark. Little to no fat here! Even Brian Johnson holds his mic with more steadiness. Occasionally, the blues spirit of the grandiose Powerage (1978) floats in the air, as does the fraternal and juvenile energy of Highway to Hell (1979). It’s true that some tracks are only loosely held together by guitar riffs, ignoring fundamental harmony and melody. However, on the excellent Through the Mists of Time AC/DC really do some exploring, and Demon Fire makes it difficult to stay in your seat! Even if Power Up isn’t particularly surprising in what it has to offer, you still have the invigorating feeling of having taken a big slap of Rock’n’Roll electricity straight to the face. © Marc Zisman