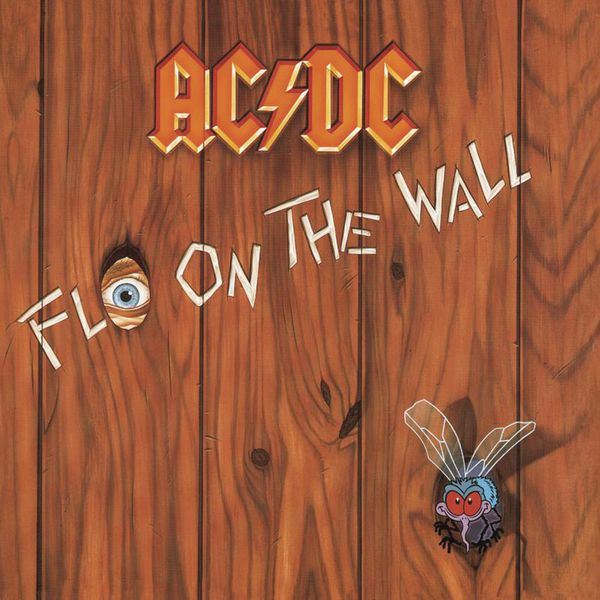 Fly on the Wall is the tenth studio album by Australian hard rock band AC/DC, released on 28 June 1985 by Albert Productions, and Atlantic Records. It was the band’s ninth internationally released studio album and the tenth to be released in Australia.

Although AC/DC’s 1983 album Flick of the Switch had gotten mixed reviews from critics, the band remained one of the biggest hard rock acts in the world. In October 1984, Atlantic Records in the United States released the EP ’74 Jailbreak, a collection of studio tracks previously unreleased outside Australia, taken mainly from the band’s 1975 Australian debut High Voltage. In January 1985, the band took three weeks off from recording what would become Fly on the Wall to headline two nights at the 10-day Rock In Rio festival in Rio De Janeiro, Brazil, appearing to over 250,000 people on 19 January with The Scorpions, Whitesnake, and Ozzy Osbourne.

“You’d never guess how sexist and politically incorrect all this is if you didn’t read the lyric sheet, because you sure can’t make out a single word coming out of the dentist’s-drill glottis of Brian Johnson (except maybe the song titles, which tend to be repeated like mantras). Angus Young is also in great form, playing the dumbest, most irresistibly repetitive chords in the lexicon.” ( Tim Holmes, Rolling Stone)

“Instead of issuing your usual run-of-the-mill video clips advertising your new album, AC/DC decided to try something a little different for their 1985 record, Fly on the Wall. A storyline was created that would run through five of the album’s songs, and while the story wasn’t exactly on par with Citizen Kane (it centered around the band playing away at a city bar, while strange characters were introduced per song), it proved to be a rather original idea amidst the usual corny clips of the ’80s. The most popular video was for the mid-paced rocker “Danger” (which showed a sleazy photographer snooping around the band), which was played regularly on MTV’s heavy metal programs. Other clips included “Shake Your Foundations” (as the title hints, the band reduces the bar to rubble), and a rather embarrassing one for “Sink the Pink” (in which a disco dancer shimmy’s away to AC/DC’s thunderous heavy metal…come on!). Like their 1986 home video, Who Made Who, Fly on the Wall suffers from an all too short running time, but still manages to be enjoyable viewing.” (Greg Prato, AMG)