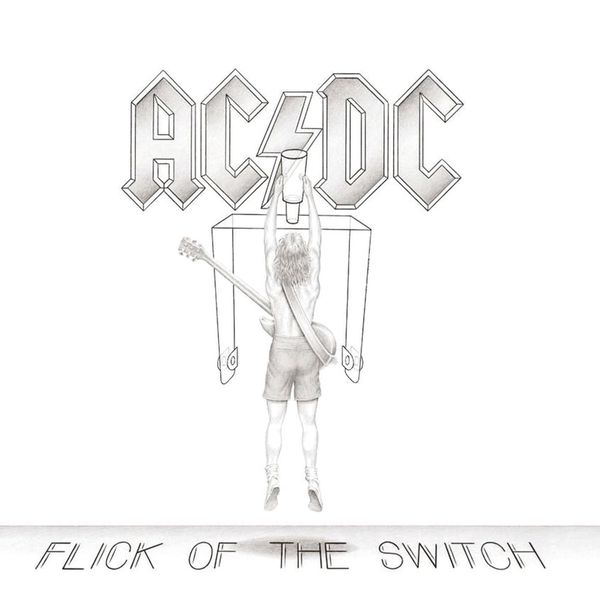 This album was produced by the band, instead of with an outside producer as had been done with their previous albums. According to the band they chose to do this to make the music sound raw once again, more or less returning to their roots. They were pleased with the results. Essentially, AC/DC wanted to move forward a bit from their current sound and worked hard to go back to the basics.

They accomplished that as the album is drier than their previous “For Those About To Rock We Salute You” which contains a slightly more polished sound. Singer/songwriter/guitarist Angus Young described the album in this way: “We wanted this one as raw as possible. We wanted a natural, but big, sound for the guitars. We didn’t want echoes and reverb going everywhere and noise eliminators and noise extractors.”

The album got off to a rocky start with Phil Rudd being fired partway through the recording sessions due to conflicts with bandmates and a substance abuse problem. The drum parts for the album had been completed at the time so the firing had little impact on the actual product. Rudd was spiralling down into a bad place and was becoming irresponsible and the rest of the band did not want to have it negatively impact the group.

The Flick Of The Switch Album Cover art looks unfinished and was not particularly popular at the record label. It was a simple, pencil-drawn sketch of Angus holding on to the top of a large toggle switch about to flick it into the on position by Brent Richardson. The original sketch was done by Angus in an attempt to reflect the simple, raw approach the band was taking with this album. The record label hated it. AC/DC also wanted the album graphics to be embossed the same way that “Back In Black” had been but the record label balked.

Atlantic didn’t want to invest in such a lavish treatment to the album cover as they felt it contained no hit singles. As it turns out, there were three singles released from the album. The album itself peaked at #15 on the US Billboard 200 Albums chart, #3 on Australia’s Albums Chart and #4 on the UK Albums Chart. It was certified platinum in the US by RIAA for 1-million units sold.