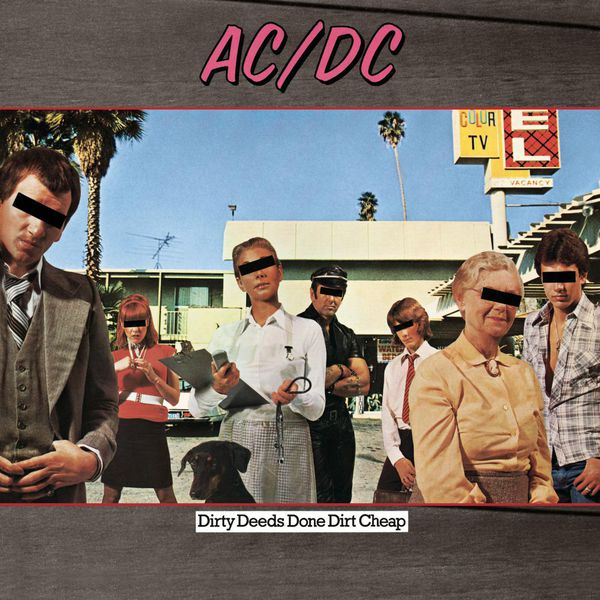 AC/DC released several albums in their home country before breaking worldwide. These Australian pressings contain different art and exclusive music. For American and European fans, the Australian records provide a fascinating glimpse into the early years of AC/DC. HIGH VOLTAGE AC/DC released their debut album on February 17, 1975. The original High Voltage was released in Australia only and bears little resemblance to the international version. Legions of fans accustomed to seeing Angus grace High Voltage immediately notice the different artwork. The true shocker is the track list. “She’s Got Balls”…

Dirty Deeds Done Dirt Cheap is the third studio album by Australian hard rock band AC/DC. It was the band’s third album released in Australia and second in Europe in 1976 but was not released in the United States until 1981, more than one year after lead singer Bon Scott’s death.

“There’s a real sense of menace to “Dirty Deeds Done Dirt Cheap,” the title song of AC/DC’s third album. More than most of their songs to date, it captured the seething malevolence of Bon Scott, the sense that he reveled in doing bad things, encouraged by the maniacal riffs of Angus and Malcolm Young who provided him with their most brutish rock & roll yet. But for as glorious as the title track was, the entire album served as a call to arms from a group that wanted nothing more than to celebrate the dirtiest, nastiest instincts humans could have, right down to the insurgent anti-authority vibe that runs throughout the record. Take “Big Balls” – sure, it’s a dirty joke, but it’s a dirty joke with class overthrow in mind. There’s a sense on Dirty Deeds that AC/DC is storming the gates – they’re problem children sick of waiting around to be a millionaire, so they’re gonna make their own money, even if they take down others as they go. That’s what gives Dirty Deeds Done Dirt Cheap its supercharged, nervy pulse; there’s a real sense of danger to this record, something that can’t be hidden beneath the jokes. Maybe that’s why the album wasn’t released in the U.S. until 1981, after Bon’s death, after AC/DC had become millionaires – if it arrived any earlier, it would have been too insurrectionist for the common good.” (Stephen Thomas Erlewine, AMG)